Packed with six in-demand database connectors and significant UI and performance improvements, Astera Centerprise 8.3 is better than ever!

The latest Astera Centerprise 8.3 is out and available for download. This release of Astera Centerprise has been aimed at resolving longstanding bugs, improving the visual interface and client-server communication, as well as extending the native connectivity to include new, in-demand databases and enterprise applications.

Here’s a round-up of all that has been added, improved, and fixed in Astera Centerprise 8.3.

One of the top targets for us for this release was to resolve the pending UI issues and give a polished look and feel to the product. This has been achieved by giving a fresh identity to some features with new icons relevant to the functionality and the overall visual theme of the product. We have also implemented async client-server calls for client actions that do not essentially require a response from the server. This has brought about a notable improvement in the overall client response as well as the design time in Astera Centerprise 8.3.

In addition to visual and performance enhancements, we have introduced some new options in the following areas:

We have extended our out-of-the-box connectivity to include six new connectors to in-demand databases and applications. 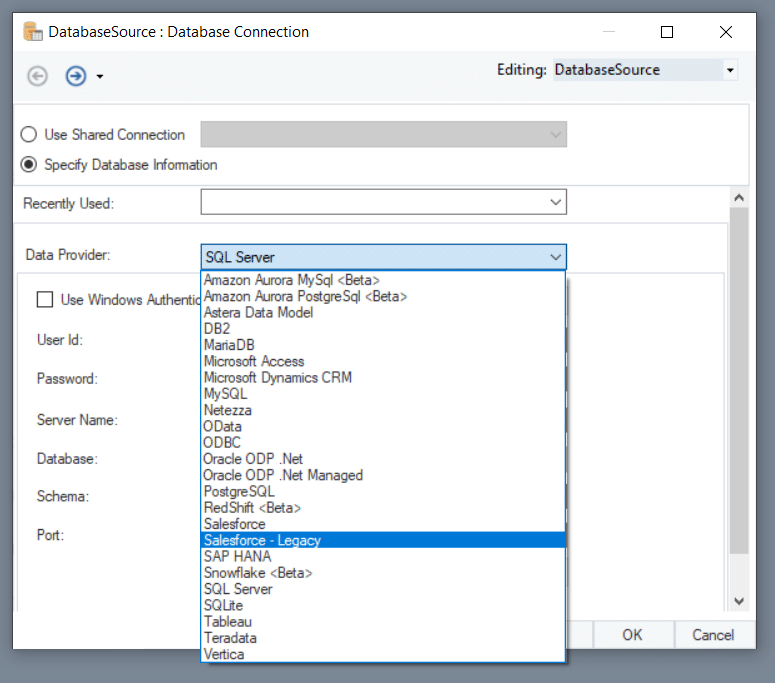 Users will now be able to connect to these databases and applications to read or write data, at source and destination. The connectivity also extends to other functionalities such as Database Lookups, SQL Scripts, SQL Statement Lookup, and Database Write Strategies.

We have modified the code to optimize job concurrency on the server. The server now counts only active running jobs (either parent or child nodes) against its limit for concurrent jobs. For instance, for a complex, nested flow, the server will count only leaf/child nodes and exclude idle parent nodes while calculating jobs for concurrent execution. This will also improve the performance of the repository with improved indexing and reduced database contention.

The server repository records information about the server’s activity, such as jobs running, scheduled or queued for run, job trace, and server events information. Purging the repository periodically ensures that there’s no unnecessary load of old and outdated records on the repository. The Purge function for server repository has been improved in Centerprise 8.3, with options to set a frequency and time range, and customize timeout settings and chunk sizes, to help optimize purging in high-load environments. 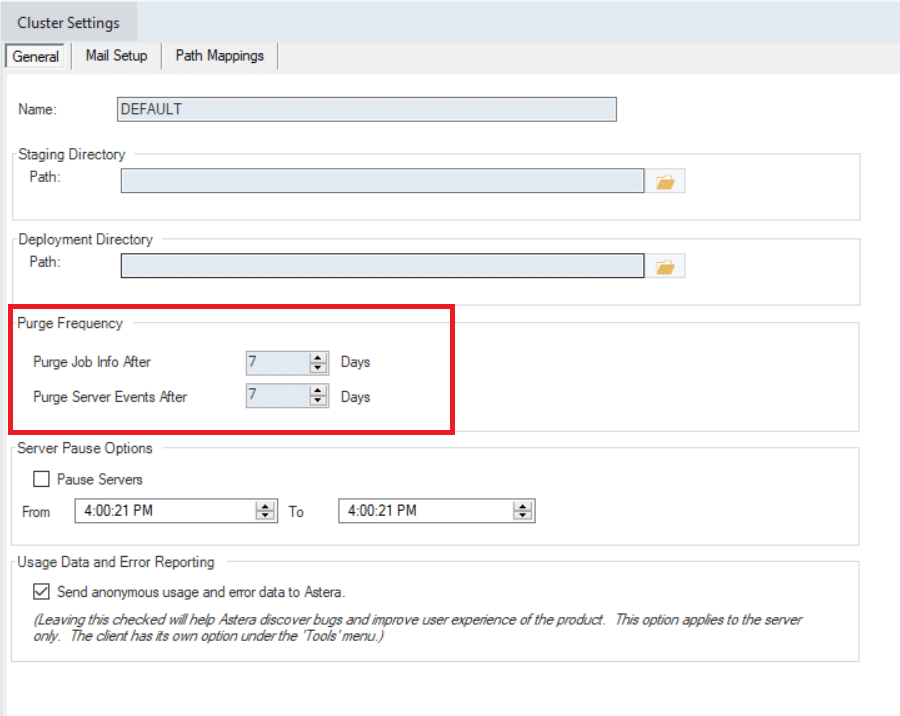 Ready to test-drive Astera Centerprise 8.3? Download a free trial and streamline your data integration processes with our end-to-end solution.

For more information on Astera Centerprise 8.3, visit our documentation site or contact support@astera.com.